Undeniably His (Book One) 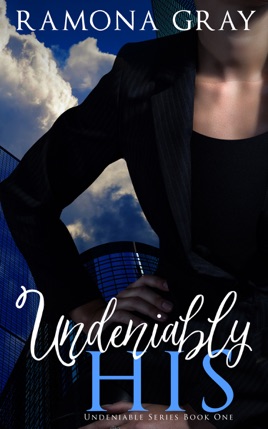 As CEO of Dawson Clothing, Luke Dawson doesn’t have time to babysit his new assistant. Her terrible fashion sense, shy demeanor and weird obsession with peanut butter sandwiches should leave him cold. So, why can’t he stop thinking about her? Why does her fragility and sweetness call so strongly to him? And why the hell does he keep having vivid and hot-as-hell sex dreams about her? It’s normal for a boss to want his assistant on her knees in front of him. Right?

Jane Smith is desperate. Caring for her ailing foster mother has left her broke and starving. Her new job as Luke Dawson’s assistant brings both a pay raise and hope for her dismal situation. Sure, her new boss has a reputation of being demanding and not prone to giving second chances, but a girl can deal with a difficult boss if her only other option is starving to death. It’s just unfortunate that her new boss is also gorgeous and sexier than any man has the right to be. It’s normal for an assistant to want to be on her knees in front of her boss. Right?

Mixing business with pleasure is bound to get messy…

Author’s Note: This book contains explicit and steamy sex scenes that may not be your cup of tea. It is intended for mature readers only.

Ramona Gray
The Vampire's Kiss (Other World Series Book One)
4.5 of 43