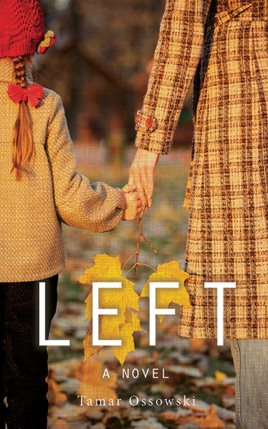 Therese Wolley is a mother who has made a promise. She works as a secretary, shops for groceries on Saturdays, and takes care of her two girls. She doesn’t dwell on the fact that her girls are fatherless, mostly because her own father abandoned her before she was born and she has done just fine without him.
Even though her older daughter regularly wakes with nightmares and her younger one whispers letters under her breath, she doesn’t shift from her resolve that everything will be fine. She promises . . . and they believe.

Until the morning an obituary in the newspaper changes everything. Therese immediately knows what she has to do. She cannot delay what she has planned, and she cannot find the words to explain her heartbreaking decision to her daughters. She considers her responsibilities, her girls, and her promise. Then she does the only thing that any real mother would do. She goes on the run with one daughter . . . and abandons the other.

Leftis told from the perspectives of Franny, the autistic sister who is left behind; Matilda, the troubled older sister who vows to go back and save her; and Therese, a mother on the run.