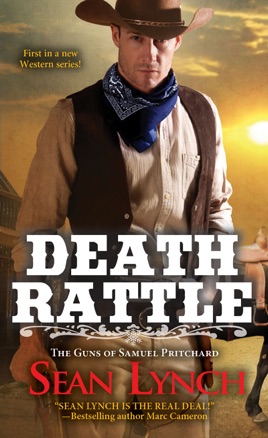 From acclaimed author Sean Lynch comes the epic saga of Samuel Pritchard, a young man coming of age in the Civil War, riding tall with the Texas Rangers, and becoming one of the greatest gunfighters of his time . . .

In 1863, a teenaged boy fled his home in Atherton, Missouri, to escape the power-hungry men who murdered his father and stole his family’s land. He joined the Confederacy under an assumed name and led guerilla raids in the Civil War. Then came a decade as a Texas Ranger. Now, after ten blood-soaked years, he is finally coming home. Finally using his real name. And finally getting revenge against the cold-hearted devils who destroyed his family and his life . . .

This is the story of Samuel Pritchard. Now a small town sheriff with a long history of violence, a deep sense of honor, and wild streak of justice as dangerous as the guns that made him famous . . .

“A riveting thriller that bristles with hard-boiled authenticity.”
—bestselling author Mark Greaney on Thy Partner’s Wife

“Sean Lynch spins a tale that is fast, fun and realistic.”
—Bestselling author James O. Born on Like Hell